These days I spend a fair amount of time reading memoirs of people who were in Berlin at the same time as Sigrid Schultz, particularly memoirs written by her fellow journalists. They give me a slightly different perspective on what it was like in Berlin. They often share nuts and bolts of working with German press officers and censors, in the Weimar Republic as well as under the Nazis. Occasionally, Sigrid appears on their pages in a cameo role. (That always makes my day.)

And now and then one of them tells a  good story that I can’t wait to share:

On July 16 1931, Louis Lochner, the head of the Associated Press Berlin bureau attended a stag luncheon* hosted by Ambassador Frederic Sackett. In the course of conversation, Ambassador Sackett mentioned that he frequently had conversations with President Hoover via transatlantic phone call—a rarity at the time. The purpose of the calls was to discuss business related to Germany’s economic situation and America’s response to the same, included the general moratorium on Germany’s war debt which Hoover had just announced. Then Sackett casually added that he and the president often spoke in American slang to confuse anyone eavesdropping in the line. Journalism gold!**

As soon as he could reasonably excuse himself, Lochner headed to a phone booth, dictated a “short crisp story” to his office and instructed them to relay the story to New York.

Wire services like the Associated Press held an unusual position in the world of foreign correspondents. They provided news coverage for papers that could not afford their own correspondents. Even major papers relied on the wire services for “spot news”: small news stories that were of immediate interest and updates on important stories. As a result, a human interest story like the one Lochner cabled that day was potentially read by millions of readers. 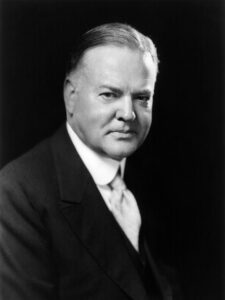 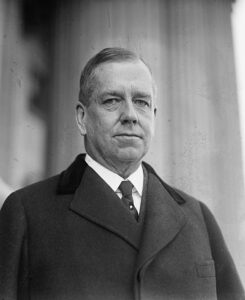 And read it was. Not only did readers enjoy it, but editors and columnists across the country had fun inventing what the president and ambassador might have said. Here’s a sample from a column by Frank Sullivan that ran in The New Yorker on July 25, titled “You tell ‘em, Mr. Ambassador.”

“The Ambassador: So he says: ‘No sir, I wouldn’t give the Heinies one thin dime.’

The President: Nertz! What did you and he do then—phht?

The Ambassador: No, but we darn near did. I didn’t wan to tip my mitt to him so I just tried a little bluff. I says to him: ‘O. K., if you don’t want to play ball, then roll your hoop. Take your playtoys and beat it. Come on, bum, ooskrat. Twenty-three skiddo! Scram! Pick out a nice spot and go lay an egg there.’

The President: Boy, was that giving him the Bronx cheer! Did it work?

The Ambassador: Did it work, Mr. President! I’ll say! He came off his high horse in a split second. ‘All right,’ he says, ‘you win. You outfumbled me. I’ll pay the taxi. What do the pretzel-benders want? How much time?’ So I says: ‘Never mind, we’ll take care of that. You just put your John Hancock on this space here.’

The Ambassador: It’s the army game, Mr. President. Never give a sucker and even break’.”

(As far as I’m concerned, the funniest part is the two men addressing each other as Mr. President and Mr. Ambassador.)

According to Lochner, Ambassador Sackett thought the whole thing was a hoot. ( Not Lochner’s exact words, but I like to keep in the spirit of the thing.)

*No idea why it was a stag luncheon. Now and then some of “the boys” tried to keep Sigrid out of an event, but there was no sign of that in Lochner’s account. Possibly the ambassador’s wife simply wanting a day off from hostessing and turned her husband loose to entertain on his own. In the diplomatic protocol of the day, that would have meant no women were invited. Not even a female “newspaperman”.

**Historian’s gold, too, for that matter. If I were writing a different book I’d be hoarding that detail.