I don’t always get to books when they first come out.* And that’s not a bad thing. Speaking as a writer, I want people to continue to find and read my books long after their publication date.** Speaking as a reader, I love digging into the backlist of authors who have newly crossed my path. 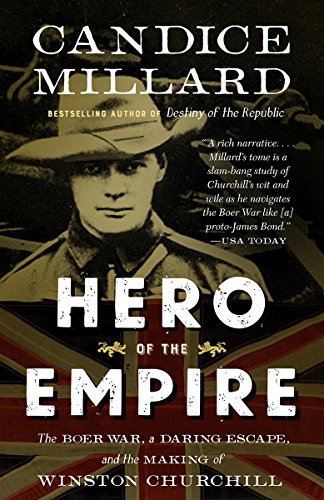 All of which is a long way of saying I recently pulled Candice Millard’s Hero of the Empire: The Boer War, a Daring Escape, and the Making of Winston Churchill off the shelves where it has aged since it’s release in 2016. And is so often the case when I am late to the party, I wonder what took me so long. Because it is so very, very good.

Hero of the Empire is a slice-of-life biography: it tells the story of Winston Churchill’s capture by the Boer army in 1899, his escape, and his journey to safety through hundreds of miles of enemy territory, with a great deal of reliance on the kindness of strangers. Millard puts the story in the context not only of the Boer War but of Churchill’s overweening ambition. She tells the story of the escape with as much building tension as if it were a thriller—quite a trick when the reader knows full well that Churchill will succeed. (Though now that I think about it, in most thrillers we know that the hero will succeed, or at least survive. What keeps us reading is the how, not the what.) And she convinces us that this seemingly small, and in many ways totally unnecessary, incident in Churchill’s life has important repercussions for Britain’s morale at a demoralizing moment in the Boer War as well as for Churchill’s own career.

If you want a measure of just how good this book is: I am not a Churchill fan. And none of his actions in the book did anything to make me like him more than I did going in. In fact, I may have ended the book with less respect for Churchill as a human being than I had going in. And yet Millard kept me fascinated, page after page.

Her newest book, River of the Gods: Genius, Courage and Betrayal in the Search for the Source of the Nile*** is already on my TBR pile.

* What can I say? The To-Be-Read shelves runneth over and at any given moment I am juggling 10 or 12 Big Fat History Books related to the book I am currently writing. 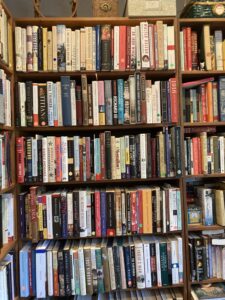 The TBR shelves as of today, with books shelved two-deep 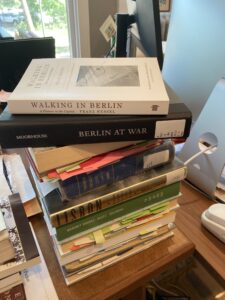 **And I am happy to say that they do. Yesterday I got an email from someone who had just finished my book on socialism, LINK which came out in 2011. (This is the way to make an author’s day.)

***About Richard Burton, the explorer. Another man I have significant doubts about.