I first “met” Heath Hardage Lee on line when a mutual friend tweeted that anyone interested in women’s history needed to keep her eyes out for Heath’s upcoming book, The League of Wives: The Untold Story of the Women Who Took on the U.S. Government to Bring Their Husbands Home from Vietnam. I’ve been watching her progress ever since, including the announcement that Reese Witherspoon optioned the book even before its release. (This is huge!)

Heath comes from a museum education and curatorial background, and has worked at history museums across the country. She served as the 2017 Robert J. Dole Curatorial Fellow: her exhibition entitled The League of Wives: Vietnam POW MIA Advocates & Allies about Vietnam POW MIA wives premiered at the Robert J. Dole Institute of Politics in May of 2017 and will travel to museums throughout the U.S. including the Nixon Presidential Library through 2020.
The League of Wives comes out on April 2. In the meantime, let’s see what Heath has to say in Three (or in this case, Four) Questions and an Answer: 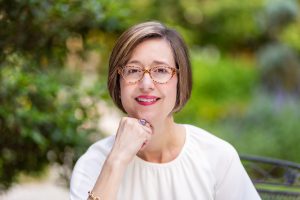 Tell us about a woman (or group of women) from the past who has inspired your writing.
My new narrative nonfiction book, The League of Wives, tells the story of a group of American military wives of American prisoners and missing during the Vietnam War. These women AMAZED me. They were protocol-bound until the war came along and blew all the rules away. When their husbands were threatened, they banded together across race and rank and took on not only the North Vietnamese government, but their own as well. These women were FIERCE! I am always attracted to stories of strong women who speak out, but I particularly liked this scenario of women who were not by any means feminists but were very conservative rule-conscious people before the war. The organization and leadership that our country saw once these women decided to work as a group was astonishing. I’m inspired by these women and what they achieved every day.

If you could pick one woman from history to put in every high school history textbook, who would it be?
Sybil Bailey Stockdale. Sybil was the wife of Jim Stockdale the highest ranking American naval POW of the Vietnam War. As such, she mirrored Jim’s rank and took charge of the Navy POW and MIA wives. She conceived of and consolidated POW and MIA wives and their families from all branches of the military into one National League of Families for American Prisoners and Missing in Southeast Asia. She was so savvy politically and organizationally, and she had exceptional leadership abilities. If she were around today she could easily be President!

Sybil became the only wife of an active duty Naval office to be awarded the Navy Distinguished Public Service Award-the highest award the Navy can give a civilian. I think she needs a Presidential Medal of Freedom too. I would love to see a monument built to honor Sybil and her League of Wives in Washington, D.C. in front of Constitution Hall where they had their historic May 1, 1970 meeting. Sybil passed away in 2015, but no one should ever forget what she did for American war prisoners and missing as well as what she did to further the empowerment of American military wives.

What do you find most challenging or most exciting about researching historical women?
The biggest challenge in this researching is finding the stories themselves. So much of what women did for so long was NOT written down, not applauded or lauded like the efforts of their male counterparts. So locating primary sources especially on unknown women is very difficult. In the 19th century and early twentieth century women’s private letters and papers were often burned or thrown away upon their deaths since it was not seen as acceptable for private items to “go public”. The value of these items was not realized by most—even by the women themselves. Often you don’t know you are making history when it’s happening to you, as in the case of the POW and MIA wives whose primary goal was to save their husbands, not to preserve their own history or the history of the movement. That is why oral history and first person interviews with the women who lived through such events are so important. The exciting part is that often these women are being heard and listened to for the first time. So it’s often a fresh, new point of view these women give that no one has even thought to look for before.

In your role as the 2017 Dole Archives Curatorial Fellow, you curated a traveling museum exhibit based on your research for The League of Wives.  How does telling history in a visual or multi-media form differ from writing history?
I LOVED working with the Robert J. Dole Institute of Politics to create The League of Wives exhibit! I have spent a large part of my career working with history museums across the country. So to be given such a wonderful role and free rein to create however I wanted to was amazing. The best part was that I got to select my own “Dream Team” (all women of course) of experts to support the work. And now the exhibit is in great demand traveling the country and helping more people learn about the POW and MIA wives’ movement.

Telling history in a visual way gives the story a rich, textured layer. As a writer I hate to even say this, but the old axiom that “a picture is worth 1000 words” is often true! I find clothes/material culture items in particular connect deeply with viewers-they remember themselves wearing such items-or they visualize themselves wearing them or using them. It is a way of “trying on” the history. Items like clothes, artifacts and filmed interviews and audio draw a guest in to the story so that they WILL read the text labels and the historical documents. For a lot of people, that’s an easier way to digest a historical topic than reading a book about it.

As a writer, working on a visual narrative through the exhibit helped me so much to narrow down what the most important experiences and events were for the women in the story. It helped me cut out a lot of background noise that just didn’t need to be in the book-or in the exhibit. It also helped me choose the best photos for the inside of the book, which I see as a visual timeline of the women’s story.

And a question from Heath for me: How do you think war affects women on the home front differently than men?

This is one of those maddening questions where the answer is “it depends.”

Because the United States has had the luxury of experiencing war at a distance for the last century, Americans tend to assume that women on the home front are separated from the front line. In that situation, women fill in the gaps left by men, whether that means learning to make home repairs, or functioning as a single parent, or running the family farm, or working a job that frees up a man to fight. Or like the women in the League Of Wives, becoming advocates for the missing, the lost, or the damaged.

When the home front and the front line are closer, women’s experience of war is more complex. Women who are near the front lines suffer still fill in the gaps left by men, but they also share the risks of war. They suffer the depredations of occupying armies, the threat of rape as a weapon of war, food shortages, danger from enemy shelling.

One of the things that surprised me the most in researching Women Warriors was that the most common circumstances under which women fought was in a siege—another form of filling in the gaps left by men. Throughout history women took to the walls or the fields with whatever forces they could muster to defend their homes, castles, and cities when a besieging army was at the door. For the most part, women played supporting roles: carrying food, water, and ammunition to the soldiers; boosting the morale of the city’s defenders and/or mocking the besiegers; and helping to rebuild defenses or dig trenches. Some picked up scythes, or swords, or machine guns, or mortars, and fought.

Sometimes the home front and the front line are only a few steps apart. 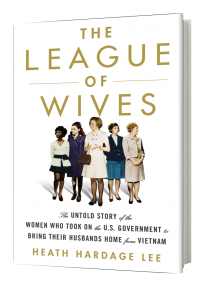 (Check in tomorrow for the next Telling Women’s History interview: I’ve got an entire month of some of my favorite history people talking about the work they do and how they do it. Next up, Adrienne Mayor, author of The Amazons: Lives and Legends of Warrior Women Across the Ancient World.)