As those of you who follow me on Twitter, Facebook, and/or Instagram know, one of the delights of my week in the summer is my Thursday morning trip to the farmers’ market. I chat with the vendors about the plums or the tomatoes or the asparagus, I load up on veggies for the coming week, and this year I end my visit with treats from two booths: an asparagus taco from Taylor’s Tacos and a bright acidic cup of Kenyan coffee from Kikwetu Coffee. 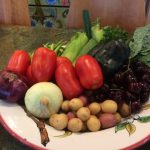 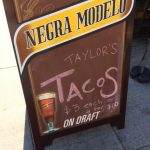 For the last couple of weeks I’ve been talking about women warriors, and Women Warriors, with both the taco and the coffee vendors.* And this week I came away with a quest: to track down traditional stories of Kikuya women warriors.

I was already aware of the role Kikuyu women played in the Mau Mau rebellion against British colonialism in Kenya in the 1950s.** Women made up roughly five percent of the forest guerilla forces. Thousands more took part in the civilian wing of the movement, which provided the supplies of information, food, medicine and guns that kept the guerilla forces alive for the seven years of the Mau Mau uprising. Their activities were similar to those of European women who supported the resistance in occupied Europe in the Second World War. And like those women, their contribution is often referred to as “passive resistance.” I prefer the term “soft resistance”, which historian Ronald Rosbottom uses for members of the resistance who do not were not active combatants. They were not passive by any meaningful definition of the term. They operated with the full knowledge that they faced torture and imprisonment by the British if they were captured.

My coffee providers told me an older story of a matriarchal society in the distant past in which women held the political power. Left at home while the women went off to fight, the men plotted to overthrow them by getting them all pregnant at the same time and then seizing power while they were giving birth. I haven’t been able to find more details. If you know more, let me know.

*As one does.
**This is the part of the larger story of women who fought in the anti-colonial wars that followed World War II.