A novel based on a real-life teenager who resisted the Nazis. Written in verse. How could I resist? 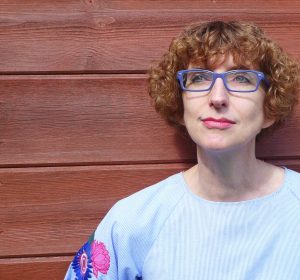 What type of historical figure makes a good base for a historical novel?

As a young adult author, I look above all for figures who would be inspiring and relevant to teens. When I first learned about the White Rose resistance group back in my own high school German class, I found the mission of these young people—standing up against the Nazis in spite of the danger—to be incredibly inspiring. As the youngest member and only core female in the group, Sophie Scholl became a personal heroine for me, and I’m so thrilled to be able to share her story with American teens who might not otherwise know who she was.

One question that came to mind for me:  Why did you chose to tell Sophie Scholl’s story as a novel in verse?

My inspiration to write in verse stemmed from a love of reading poetry and novels in verse. In the case of White Rose, I had been trying for *years* to find the right format for the subject. I first tried to write the book as nonfiction, but it just wasn’t working, and I set the project aside. Years later during a chat with two verse novelists, I learned that verse is often the best format for difficult, tragic subjects—that the whitespace helps the reader (and the author!) process the heaviness of the words. With that in mind, I figured out that writing the story in verse might be the very thing it needed, and I got to work on it the very next day.

What did you find most challenging about researching Sophie Scholl’s story?

There’s a temptation with historical fiction to try and fit in as many interesting facts as possible to the narrative, but that doesn’t always make for the most engaging read. So as much as I love all the research myself, one of my biggest challenges with this project was giving myself the freedom to go beyond those documents and fictionalize some of Sophie’s thoughts and emotions. I’m so glad I allowed myself to do so, however. Adding a bit of (hopefully authentic) fiction to the history definitely took the manuscript to a new level and helped bring her to life on the page.

From Kip for Pamela:
My question for you is a two-part question about inspiration from travel. First, what historical site have you visited that most inspired you to uncover more about a historical woman, and second, what woman from the past is still calling you to visit one of her historical sites?

Hmmmm. The first part of your question is hard to answer simply because there are so many possible examples! As regular readers here on the Margins know, whenever we travel I stumble across ideas/things/people that send me down the research rabbit hole to learn more. One example of that would be the Mozart sites in Salzburg, which left me eager to know more about his older sister, Maria Anna Walburga Ignatia Mozart (1751-1829).

As far as the second goes, I want to visit the Gene Stratton Porter sites in Indiana. We’ve come close, but never quite made it. Porter was a novelist and an early conservationist. I’ve loved her books since I was a child and I’d like to spend some time walking in her footsteps. In the meantime, maybe I’ll pull Girl of the Limberlost off the shelf for another read. 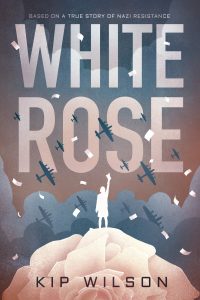 (Is that cover gorgeous or what??)

Tomorrow it will be business as usual here on the Margins with a blog post from me.   Then we’ll be back on Monday with an interview with the amazing Sarah Rose, author of D-Day Girls.