Last week, while writing about the use of hospital transport ships in the American Civil War, I promised to tell you the story of how a group of men hijacked Dr. Elizabeth Blackwell’s Women’s Central Association of Relief to form the United States Sanitary Commission. It is a story that will feel all too familiar to many of you.

The story begins with the ladies’ aid societies that women across the Northern states formed for the support of Union soldiers after the fall of Fort Sumter in April 1861.

Perhaps as many as ten thousand local aid societies were formed in the first year of the war alone. Modeled on the mission aid societies common at the time, their purpose was to make and collect food, clothing and medical supplies for Union soldiers.(1) They turned homes, schools, and churches into small-scale factories and shipping warehouses.

Over the course of the war, the aid societies would provide millions of dollars of much-needed supplies and much-appreciated luxuries for the troops, but their initial efforts were sometimes as chaotic as those of the new army itself. With no understanding of how the still-developing military distribution system worked, their boxes were often literally sidetracked at the rail yards to make way for troops and army stores—leaving cakes to mold and jars of jelly to ferment and explode. In addition, some groups produced goods that showed a fundamental ignorance about soldiers’ needs. 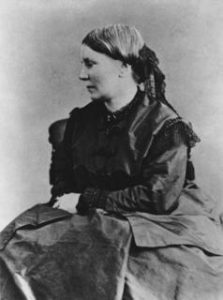 Disturbed by the waste of time, energy, and material, as well as the rush of overzealous and under-trained nursing volunteers, Dr. Elizabeth Blackwell, the first woman to become a licensed doctor in the United States, decided it would be useful to unite the independent ladies’ aid societies into a central organization. On April 25, 1861, Blackwell called an informal meeting of women with experience in reform work to discuss the possibility of forming a Women’s Central Association of Relief (WCAR). A notice of the meeting accidentally found its way into the New York Times. Instead of a small meeting of known organizers the parlors of the New York Infirmary for Women were crowded with women eager to do their part. Two men also attended the meeting, Reverend Henry Bellows, a popular Unitarian minister, and Dr. Elisha Harris. (You’ll want to keep your eye on Dr. Bellows.) 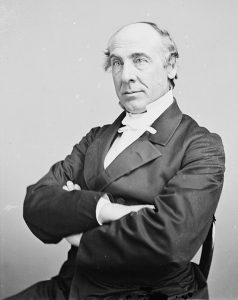 Encouraged by the enthusiasm of the initial meeting, Blackwell called an open meeting four days later at the much larger Cooper Institute, to be presided over by Rev. Bellows. (I told you to keep an eye on him.) The hall was packed: New York papers estimated the attendance at between two and three thousand. Repeated waves of applause interrupted Bellow’s speech, in which he praised the outpouring of aid for the troops and called for an umbrella organization under what he described as “an appropriate head.”  3)

Blackwell and her associates followed Bellow’s speech with a presentation of a plan for the proposed WCAR. The organization, as they envisioned it, had three objectives:

Finally the meeting elected a board of managers for the new umbrella organization, made up of twelve men and twelve women. The board then elected Dr. Valentine Mott, a founding faculty member of the university medical college of New York, as president and Bellows as vice-president—a shrewd recognition on Blackwell’s part that, while the women of the WCAR were more than capable of managing the grassroots support efforts, the organization was unlikely to succeed in its efforts to build a relationship with the Army’s Medical Bureau without male spokesman.

On May 15, Rev. Bellows and three (male) doctors associated with WCAR took the train to Washington. Their goal was to learn firsthand what the relief associations could accomplish and how they could work with the Medical Bureau. Over the course of the thirteen-hour train ride, the four men began to discuss what would become the United States Sanitary Commission.

Once in Washington, as Bellows met with Acting Surgeon General Colonel Robert C. Woods, generals, cabinet members, and President Lincoln himself, his goals changed from formal recognition of the WCAR’s three-part plan to the the creation of a civilian sanitary commission that would focus on the broader questions of army health that the army itself was prone to forget. This was a change that not only bypassed the efforts of the WCAR, but that Bellows presented as a way to control the extent to which the efforts of ladies’ aid societies and volunteer nurses disrupted the army’s systems.(5) In a letter dated May 18, Bellows and his fellow committee members offered themselves as members of a sanitary commission who would serve as advisors to the government with a mandate to inspect military camps and hospitals and the power to enforce sanitary regulations for the benefit of the soldiers. The proposal made no mention of the WCAR, which had paid to send the committee to Washington in the first place and reduced the question of female nurses to a side issue.(6) Check the dates: it took Bellows only three days to throw the women under the ambulance.

On June 9, Secretary of War Simon Cameron approved the creation of the United States Sanitary Commission, which went on to do good work, much of which was powered by women. The executive board of the commission, headed by Rev. Bellows, was all male. But women continued to dominate the organization at the regional and grassroots level. Twelve regional branches of the commission—located in New York, Boston, Buffalo, Chicago, Cincinnati, Cleveland, Columbus, Detroit, Louisville, New Albany, Philadelphia, and Pittsburgh—coordinated and directed the actives of thousands of local societies that chose to come under its umbrella. Those societies became training grounds for a generation of women who went on to become leaders of the large and varied community of American reformers after the war.

*(1) Now that I think of it, there are parallels with the women who are turning on their sewing machines and raiding their fabric stashes all over the United States to make masks. (In all fairness, there are doubtless men doing this as well. But the mask-warriors[2] of my acquaintance are all women.) Ladies, and gentlemen, I salute you.

(4) Blackwell missed her opportunity on this one. Six days before Blackwell’s meeting, Dorothea Dix had visited the White House and made her pitch to form an army corp of female nurses. Blackwell was unimpressed by Dix’s qualifications for the job. (Rightly so, as it turned out.) Hearing that Dix had been appointed superintendent of women nurses, Blackwell complained, “The government has given Miss Dix a semi-official recognition as meddler general—for it really amounts to that, she being without system or any practical knowledge of the business.”