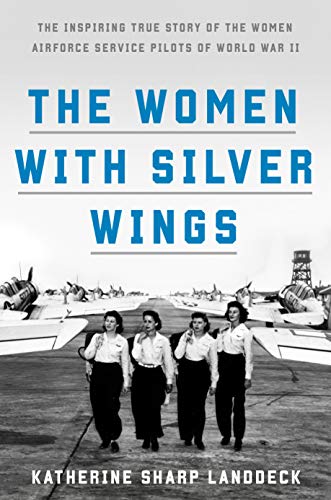 My Own True Love is an aviation history bugg, which means I have tiptoed around the edges of the subject. It’s probably not surprising to any of you that the aviation stories that catch my imagination the most strongly are the ones where aviation history and women’s history overlap.  I’m always delighted when a good book on the subject crosses my path. Case in point:  The Women with Silver Wings: The Inspiring True Story of the Women Airforce Service Pilots of World War II by pilot and historian Katherine Sharp Landdeck .

Landdeck. tells the thrilling, and sometimes heartbreaking, story of the female aviators who flew for the United States in World War II More than 1100 women served as pilots in the Women Airforce Service Pilots (WASP). Despite initial doubts as to whether women could do the job, they successfully trained male pilots for military service, transported planes across country and served as test pilots. As the war drew to an end and male pilots came home, they were forced to give up the jobs they had done so well and immediately forgotten by the country they served. Landdeck tells their story with empathy and academic rigor.

Landdeck brings more than intellectual curiosity to the task. The WASP community welcomed her into their circle, as both a pilot and a historian. Drawing on interviews with surviving pilots and their unpublished letters and journals, she uses the personal stories of individual women—why they enlisted, where they learned to fly, and what happened to them after the war—to enrich her account of the creation, growth and dismantlement of the service.

The end result is an eye-opening account of the first American women to fly for their country–and their subsequent fight to be recognized for their role in history. The Women with Silver Wings will appeal to fans of women’s history, aviation enthusiasts, and WWII buffs.

Most of this review appeared in Shelf Awareness for Readers. 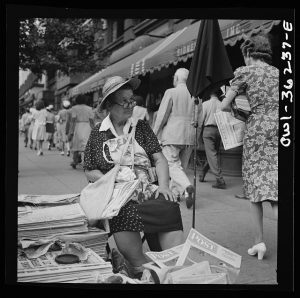 Today’s news from 1929: The tiny* but strategically important island of Heligoland, which commanded access to Hamburg and Bremen, revolted against German rule and tried to re-join Great Britain. Heligoland had been British until 1890, when Britain traded it to Germany in exchange for Zanzibar. Germany had turned the island into an important naval base and, more importantly, built a huge concrete sea wall to protect the island from storms. The Treaty of Versailles required Germany to demolish its fortifications. In Heligoland, that meant demolishing not only the naval base but the sea wall. The island was disintegrating a bit more with every storm. Surely, the islanders reasoned, Britain would jump at the chance for a strategic naval base , and build a sea wall as part of the fortifications. According to my girl Sigrid Schultz, the revolt began with hundreds of Heligoland’s 3400 inhabitants marching on the newspaper office while singing Britannia Rules the Waves “with gusto, in a broad German accent.”

The problem with learning history from the newspaper is that you don’t always find out what happened next. But my guess is that Britain took a pass.

*Roughly 1/5 of one square mile