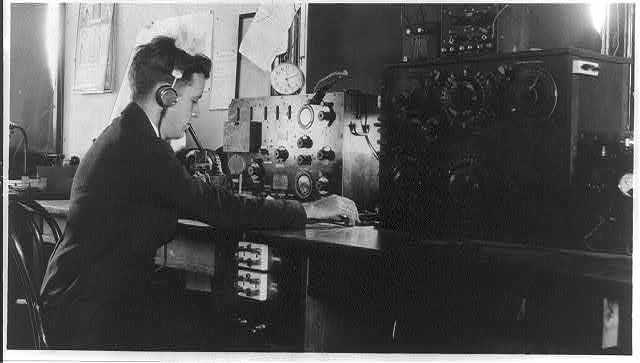 Like most of us, I had not heard about “Zoom bombing” until the Covid pandemic caused many of us to take our social and work lives to the internet. As the use of Zoom and its fellows grew, so did the intrusion of internet trolls into online video conference spaces. Disruptions have ranged from the mildly annoying to the truly horrific.

Turns out Zoom-bombing had its counterpart back in the days when radio was (relatively) new.

On December 31 1931, General Paul von Hindenburg,* president of the Weimar Republic of Germany, gave a radio address to the nation. Or at least he attempted to. Shortly after he began, he was interrupted by an unidentified voice saying “Hello, hello, the sign of the red front is over Germany.” To the modern reader, the interruption seems mild compared to the often disturbing and hate-laden images and messages that Zoom-bombers have inserted into hijacked video-calls in recent months. From the perspective of Weimar Germany, when Red and Fascist agitators called for the government to be overthrown and indulged in violent street fighting on a regular basis, it was a threatening message.

The following day, Berlin police found that communist technicians** had attached a microphone to a cable leading to a German radio station and patched through to the president’s speech.

Apparently getting your communication technology hacked is nothing new. Alas.

* For the detail-minded among you: His full name was Paul Ludwig Hans Anton von Beneckendorff und von Hindenburg and he rose to the rank of field marshal in the Imperial German army in World War I. I would argue that he was the political equivalent of President Dwight D. Eisenhower: an admired military leader who became a moderate—and admired—national political leader. But that’s a discussion for different day.