As soon as I heard the title of Daphne Palmer Geanacopoulos’s first book, The Pirate Next Door, I was hooked.

Daphne is an author, historian and journalist. She has published over 40 articles in newspapers and magazines. Her work has appeared in The New York Times, The Washington Post, Southern Living, Virginia Business and The Georgetown University Liberal Studies Journal Writing Across the Curriculum. As a regular contributor to The New York Times’ “Lifebeat” column, her stories have been published both nationally and internationally. She writes on a variety of subjects, including Science, Philanthropy, Health, Lifestyle and Trends and E-commerce.

During her studies at Georgetown University she focused her research and writing on issues concerning women, families, and communities, with a special focus on pirates of the eighteenth century. Her dissertation and book, The Pirate Next Door: The Untold Story of Eighteenth Century Pirates’ Wives, Families and Communities (Carolina Academic Press, 2017) shed new light on women in 17th and 18th century maritime history.

Her upcoming biography, The Pirate’s Wife: The True Story of the Remarkable Mrs. Captain Kidd will be published by Hanover Square Press, an imprint of Harper Collins, and is expected to be released in 2022.

Take it away Daphne: 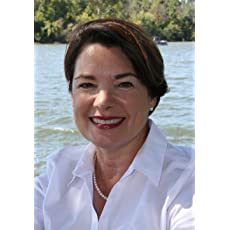 What led you to Sarah Kidd’s story?
As I was researching my dissertation-turned-previous-book, The Pirate Next Door: The Untold Story of Eighteenth Century Pirates’ Wives, Families, and Communities, I kept encountering evidence of this mysterious woman who seemed oddly on the periphery of the story of the notorious Captain Kidd. Even the influential and authoritative early source book on pirates, A General History of the Robberies and Murders of the Most Notorious Pyrates by Captain Charles Johnson, did not include Sarah in the lengthy chapter on Captain Kidd. Sarah was alive at the time the book was published in London in 1724, and it would have been possible for the author to interview her or people who knew her. Finding Sarah’s initials scratched on a colonial document at the Massachusetts Archives in Boston started me on a thrilling journey to learn more about her.

Yes, there are special challenges. Sarah Kidd, like many women who lived in the 17th and early 18th centuries, could not read or write making them invisible in history. Early pirate history, recording the misadventures and exploits of sea roving rogues, was written by men. Even though Sarah Kidd played a vital role in the drama that unfolded on and off the high seas with her husband, Captain Kidd, she has been all but erased from history. My job as a historian is to piece together her history based on historical facts and supporting records from wills, trial documents, marriage licenses, early town records, genealogy, Admiralty court records, and witness accounts to reconstruct her life. I have consulted the firsthand accounts left by those who knew Sarah and participated in the extraordinary events she was a part of. Captain Kidd, for example, wrote many documents in his flourishing handwriting.

Writing about a historical figure like Sarah Kidd requires living with her over a period of years.  What was it like to have her as your constant companion?

It has been a wonderful, fascinating and illuminating experience to have Sarah Kidd as my constant companion for the last five years. One of the most important things I have learned from her is how she navigated through the colonial period as a wife and mother. She married Captain Kidd when she was twenty-one-years-old and she was already twice widowed. They had two daughters and she bravely overcame tremendous adversity. I, too, am a wife and mother of two daughters and every so often, when I come upon a challenge in my own life that I am unsure of how to handle, I think, “Now, what would that amazing Sarah Kidd do?”

Question for Pamela: You have written on a wide variety of topics in your eight books and uncovered fascinating details. I know this is like asking a mother who is her favorite child, but did one of your books particularly speak to you and teach your something you didn’t expect to learn?

It probably means I’m not a good book mother, but Women Warriors is my book in a way that none of the others have been so far. (Ask me that again when the next book comes out and it may be harder to choose.)

I had been collecting stories about women warriors for a long time when I started writing Women Warriors. I went in knowing a lot about traditional heroines, and warrior queens, and women who fought disguised as men, and women in the modern world who were able to enlist without disguising themselves as men. To my surprise, it turned out that the most common type of women warriors throughout history were ordinary women who fought to defend their homes. In the fourth century BCE Chinese statesman Yang Shang called them “the army of adult women” and he recommended that military commanders use them to help defend a besieged city to the full extent possible. And in fact women have helped defend besieged cities for as long as there have been cities under siege. Over the centuries, the “army of adult women” has outnumbered many times over the combined forces of queens, commanders, women who fought disguised as men, and women who fought undisguised alongside men.

Somehow that realization made me believe that there is a little woman warrior in all of us. 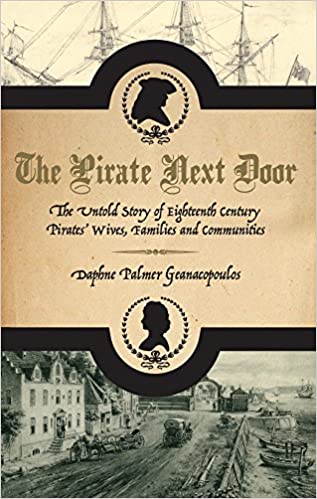 Want to know more about Daphne Geanacopoulos and her work?

* * *
Come back tomorrow for three questions and an answer with Janice Nimura, author of the New York Times bestseller The Doctors Blackwell.