Tori Telfer is the author of Lady Killers: Deadly Women Throughout History and Confident Women: Swindlers, Grifters, and Shapeshifters of the Feminine Persuasion. She has written on the culture of crime for The Believer, Vulture, The Awl, Vice, TheAtlantic.com, and RollingStone.com, and is the host of the podcast Criminal Broads. She lives in NYC with her husband and son.

Take it away, Tori: 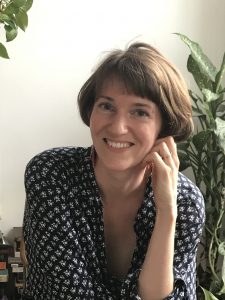 My impression is that stories in which women are the criminal rather than the victims are relatively rare in the genre of true crime.  (I am just spitballing here. I don’t read true crime, horror, or violent mystery novels because I am a wimp.)  If this is not true, correct me.  If it is true, tell me why.  (In other words, do female criminals suffer from the same kind of historical erasure as female scientists and women warriors?)

You’re right—they are rare. Our most famous criminals are, of course, men. The figures in true crime—like Bundy and Manson—that get 1,294,890 movies made about them are almost always men. I do think it’s important to remember that part of this is a statistical matter: men commit something like 90% of homicides. Though it’s interesting to note that most victims of violent crimes are actually men, too, other than victims of rape/sexual assault—but all our most famous victims are females. Our most famous missing-person stories are women (Natalee Holloway, Maura Murray). Our most famous cold cases feature dead women (Jack the Ripper, the Black Dahlia). Anyway! Female criminals are simply a much, much smaller population, especially female murderers. What I’ve noticed is that they are erased—until they’re not. For instance, Jack the Ripper is much more famous than his serial killing countrywoman Mary Ann Cotton. But Aileen Wuornos? Casey Anthony? Jodi Arias? As a society we’re definitely not opposed to obsessing over a female criminal. Plus, even the ones who are now forgotten were often very, very famous when they were captured, because it’s more rare and thus more shocking. So perhaps what’s going on here is a blend of statistics, historical erasure, and selective memory (immortalizing the sexiest and most psychopathic of the killers, say, and forgetting the rest).

I really follow my fancy for this podcast. I like to do a blend of scary cases (like nurse Jane Toppan, who, uh…let’s just say…you definitely don’t want her delivering your morphine) and lighter historical ones (like the Pomeranian-owning rival gang queens of 1930s Australia). On a practical level, I pick cases that I can research rather quickly; I spend much less time on a podcast episode than on a book chapter. But with every woman who I’ve ever written or podcast about, I look for certain things (is there material available about her? does she fit with the other stories in this project? is she different from the women I’ve written about before?) but ultimately rely on a gut instinct that just tells me, yeah, this woman is interesting.

Phoolan Devi! One of the most compelling podcast episodes I’ve ever done. She was a poor Indian girl from Uttar Pradesh who endured a terrible arranged marriage (as a child!) and unthinkable assault by the wealthier men in her village. And then she RAN AWAY AND JOINED A GANG OF BANDITS AND WREAKED REVENGE ON EVERYONE WHO WRONGED HER. Her story is striking for many reasons: it’s hard to overstate the terrors she endured (and I wouldn’t put them all in a high school textbook), which had everything to do with her being a woman, her caste, and her defiant spirit. But then she has this phenomenal revenge story, earns herself the nickname Bandit Queen, gets arrested, spends years in jail, and then runs for parliament and wins! The media loves her, the public loves her. And then at age 37, she’s assassinated as a belated revenge for her revenge. Why aren’t there 1,294,890 movies made about her? (I believe there is one, plus a documentary.)

Question for you: I have a practical question! I imagine that as a freelance writer with a lot of interests, you have ideas for projects bubbling on at any given time. If so—how do you organize your thoughts, ideas, windy paths you want to go down, and so on?

I am fascinated by organizing systems. Over the years I have tried things like Trello and Get Things Done. They  look so cool, but they all turn into the place that ideas and to-do lists go to die.

Several years ago I abandoned productivity systems and went back to the basics:

This may all sound complicated, but it boils down to having a single place where I can capture ideas as they appear. (And I mean immediately.  I lost one a couple of days ago because I didn’t stop and write it down.) Everything else branches off from that first notebook. 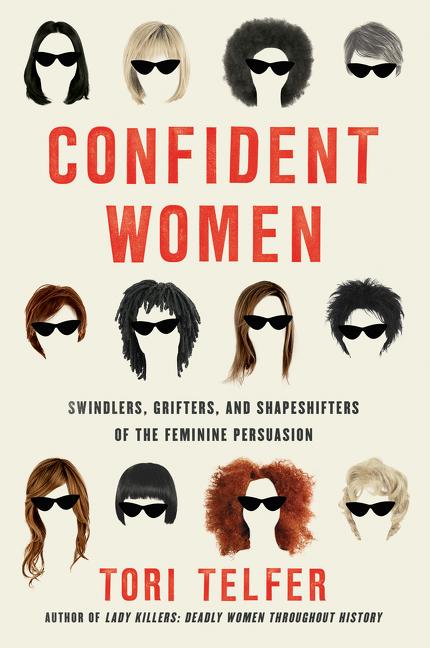 Want to know more about Tori Telfer and her work?

Listen to her podcast: criminalbroads.com

Come back tomorrow for three questions and an answer with Natalie Dykstra, talking about Isabella Stewart Gardner and writing biography.

If you’re interested in the process of writing and thinking about history, you might enjoy my newsletter, which comes out roughly every two weeks. The content is totally different from History in the Margins. In recent months I’ve discussed cliffhangers, the odd experience of reading history “in real time” in the form of old newspapers, the question of “first-naming” the subject of a biography, and , well, women photojournalists. (You can tell where my mind’s been lately.) If that sounds like your order of egg rolls, you can subscribe here:  http://eepurl.com/dIft-b .(When you subscribe, you’ll get a link for a very cool downloadable timeline of the Roman emperors and the women who fought against them or supported them, which I created with the people behind The Exploress podcast.)