Here’s the deal about “women’s history”: once you’re sensitive to the subject you stumble across references to notable women all the time.*

Take the case of Asta Nielsen: 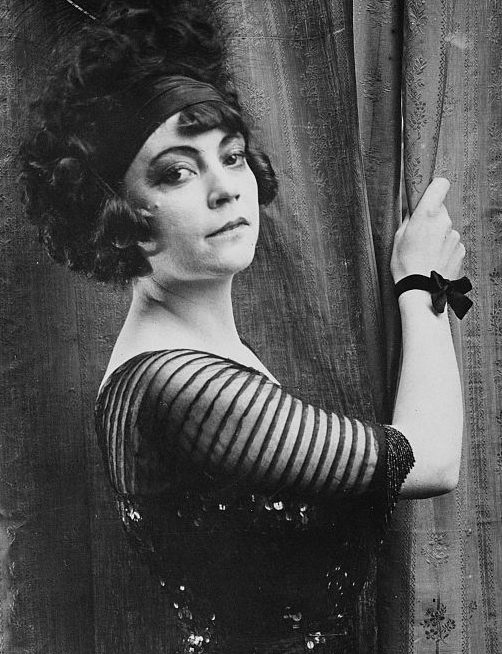 I first met her in this sentence: “Asta Nielsen, newly arrived in Berlin from Denmark, described her horror when a skeletal horse collapsed in the street.”** For all I knew, Asta Nielsen was just a stray Danish tourist in Berlin, but I am a responsible researcher so I did a quick Google search, just in case. And, poof, once again I was down a research rabbit hole with no immediate link to my book.

Asta Nielsen is often described as the first international film star. Known as “Die Asta” and “the Silent Muse,” she was an international superstar of the silent movies. (In World War I, soldiers on both sides of the trenches carried her picture into battle.)

Nielsen used her success to negotiate contract terms with the growing German film industry that gave her a financial interest in her films and considerable artistic and economic control over both her films and her public persona. (Unlike most of her Hollywood contemporaries.) Nielsen spent the next 25 years in Germany, where she made 70 films, including one co-starring Greta Garbo, Die freudlose Gasse (the Joyless Street or The Street of Sorrow). ( Garbo’s assessment of Nielsen: “In terms of expression and versatility, I am nothing compared to her.”) In 1932, Nielson performed in her only sound film, Impossible Love. It was her last film, with the exception of two documentaries that she appeared in decades later.

When the Nazis came into power in 1933, Nazi propaganda minister Joseph Goebbels offered Nielsen her own studio. She refused, but continued to perform in German theaters until 1937, when she returned to Denmark. When the Nazis occupied Denmark in 1940, they offered her another chance to make films. She refused again.

In Denmark, she continued to perform on stage, became an acclaimed collage artist, and began a literary career at the age of 65.

Greta Garbo, Marlene Dietrich, and Katherine Hepburn all acknowledged her influence on their work. Not a bad legacy by any standard. 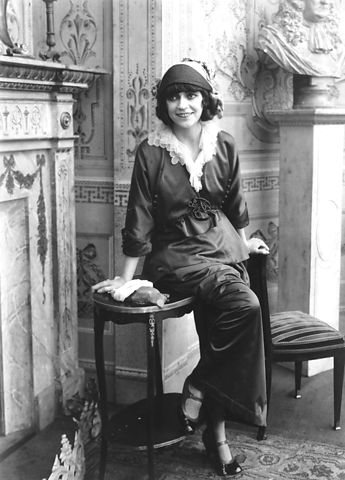 *This should surprise no one.

**In Belinda J. Davis’s Home Fires Burning: Food Politics, and Everyday Life in World War I Berlin, in case you want to know. An excellent book, though a bit too academic for me to review it here on the Margins.

Come back Monday for a three questions and an answer with Judy Batalion about Jewish women who fought against the Nazis in the resistance .