I’ve known Renee Rosen for a long time. Back before either of us were published, we both hung-out in an on-line writing forum called Backspace, which was an incubator for a lot of writing careers. She was a generous member of that community, and is a generous member of the larger writing world. Since she lives in Chicago, our paths sometimes cross in real life—though not as often as I would like. And her books rock. I’m thrilled to have her here.

Here’s the official bio: Renee Rosen is the bestselling author of six historical novels including Park Avenue Summer,  Windy City Blues, and What the Lady Wants. Her new release The Social Graces about Alva Vanderbilt and Mrs. Astor vying for control of New York society during the Gilded Age publishes April 20, 2021.

Rnee lives in Chicago and is currently at work on a new novel about the cosmetic icon, Estee Lauder –coming from Berkley in 2023.

Take it away, Renee! 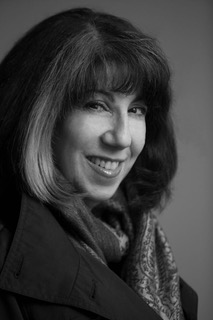 Some of your books based on real historical figures also include a fictional woman. Can you explain why you like introducing fictional characters into your stories? And how does your writing and research process differ when you are writing about a real person as opposed to a completely fictional character?

If there’s already been a great deal written about a person or an event, I don’t want to just retell what’s already out there. There’s wonderful non-fiction for that. As a novelist, I want to bring something new to the story and I’ve found that using a fictional character can illuminate themes and aspects of a real person’s life. For example, in the case of PARK AVENUE SUMMER, I chose a fictional narrator to tell Helen Gurley Brown’s story of being the first female editor of Cosmopolitan magazine. By watching HGB’s journey unfold through another character’s eyes, I was able to spin something new and actually show how HGB impacted the life of a young single girl in New York City during the 1960s. I used a similar device in WINDY CITY BLUES by including two fictional characters–a female songwriter and Delta bluesman–along with the real-life Leonard Chess to tell the true story of the birth of the Chicago Blues and the Civil Rights Movement.

There’s definitely more research involved in bringing a real historical figure back to life on the page. You want to get a feel for how they grew up, who influenced them, what struggles they had to overcome, even something as basic as how they talked. I spend a lot of time trying to keep them as authentic as possible.

With a fictional character, I might do a little preliminary research on their occupation, or a city where they grew up and beyond that, I just let them take over. I know it sounds crazy, but once I breathe a certain amount of life onto the page, the characters are off and running. I’m just trying to keep up and eager to see where they’re going to take the story. When I hear from readers who have googled my fictional characters, I know I’ve done my job of weaving them into the real historical content.

How do you walk the line between historical fact and fiction in a novel?

I wrestle with this from time to time. I think every author has their own “line in the sand” on just how far they’re willing to go. At the end of the day, I have to remind myself that I’m writing fiction, not narrative non-fiction, and that my goal is to tell the most compelling story I can. There are instances where I’ll have to move a timeline to make the pacing work, or else I’d end up with a thousand pages that are full of drag and bloat.

Sometimes, no matter how much research you do and no matter how far down you dig, some information just isn’t available. Especially if you’re really going back in time. That’s where you have to fill in—as organically as you can—and put some meat on the bones and bring those characters and situations to life.

My upcoming novel, THE SOCIAL GRACES will be out on April 20th. It’s the story of Alva Vanderbilt and The Mrs. Astor vying for control of New York society during the Gilded Age. I like to think of it as the “Real Housewives of New York City ” but in Worth gowns. It’s a fun romp-of-a-novel, full of scandals, outrageous antics and over-the-top balls that are based on true events. Even if I tried, I could never have dreamed up such a cast of characters!

On the surface, society seems very superficial but we have to remember that back in the 1800s, the only place a woman had any power, any sense of control was in society. Caroline Astor, known as The Mrs. Astor, represented the “old money” and she ran society until her rival, the upstart, Alva Vanderbilt arrived on the scene. Mrs. Astor wanted to keep Alva out of society and Alva wanted to overthrow Mrs. Astor. The result is ladies behaving badly while trying to outdo and outspend each other with their lavish parties and balls.

But it’s not all about nine-course dinners and evenings at the opera. There’s also heartbreak to be found as both women come to discover the true purpose of their lives.

When it comes to research, I love going down rabbit holes because you just never know what you’ll find. One little detail could inspire a whole scene or a theme in the book. Another aspect of conducting research are all the incredible people I’ve met as a result. I’m so touched by those who have trusted me with their stories and memories, who have embraced my novels and even endorsed them. I still stay in touch with many of the people I’ve interviews for previous books and am honored to count them among my friends.

Question of Pamela: What are you working on now and how do you go about selecting the subjects you write about?

The problem with being the last interview of the month is that sometimes other people have already asked the same question! Here are short versions, with links to my earlier answers for anyone who missed them:

I’m writing about Sigrid Schultz, who was the Berlin bureau chief of the Chicago Tribune from 1925 to 1941 and served as a war correspondent in World War II. Her story includes working around glass ceilings, keeping the news flowing despite tightening controls on reporters, outwitting Nazis in Germany, standing up against pro-Nazi sympathizers at home, and dealing with claims of “fake news” on both sides of the Atlantic, plus a little bit of conspiracy theory. (She was the subject of the conspiracy theory, not the theorizer.

As to how I chose what I write about:  I think subjects chose the writer rather than the other way around. A subject catches my attention and then won’t let go until I give in and set up a project folder. 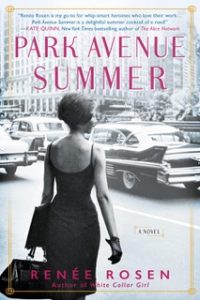 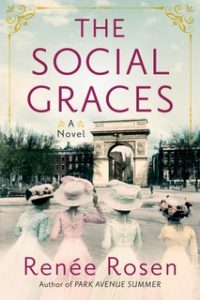 Want to know more about Renee Rosen and her work?

* * *
This is the last post for this year’s Women History Month series. Thanks to everyone who participated, and to all of you who have followed along. (I’ve already started a list of people to ask for next year. Because it’s exciting to think about the possibilities.)

We’ll be back to normal History in the Margins programming on Friday. See you then.