Fredara Mareva Hadley, Ph.D. is an ethnomusicology professor in the Music History Department at The Juilliard School where she teaches courses on ethnomusicology and African American Music. Dr. Hadley has presented her research at universities and conferences both domestic and abroad and has been published in academic journals and other publications. Her commentary is featured in several documentaries including the recently released PBS doc-series, The Black Church, hosted by Professor Henry Louis Gates. One of her ongoing research projects focuses on composer and musicologist, Shirley Graham DuBois. Dr. Hadley’s forthcoming book focuses on  the musical impact of Historically Black Colleges and Universities.

Take it away, Fredara!* 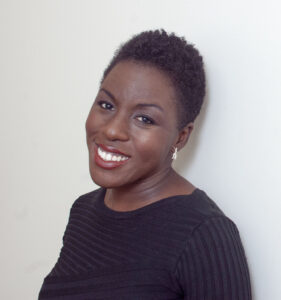 What path led you to Shirley Graham Dubois? And why do you think it is important to tell her story today?

I came to Shirley Graham DuBois through the Oberlin College Archives. I was preparing a class lecture on the early Black graduates of Oberlin Conservatory for my African American Music class, so I decided to go to the archives to see what I could find to learn more about them and their contributions. There were so many interesting finds, but Shirley Graham DuBois just grabbed me. There were so many fascinating things about her. She came to Oberlin in the early 1930s as a mother and divorcee. That was virtually unheard of then. Then while at Oberlin she wrote and staged an entire opera and wrote a Masters’s Thesis entitled, “Survival of Africanisms in Modern Music.”

As it happened, I ran into my colleague, Tamika Nunley, as I was leaving the Archive that day and she too was interested in Graham DuBois. That led to us to teaching companion courses about Graham DuBois, traveling to Ghana, Graham DuBois’ adopted homeland, and hosting a symposium about her life and contributions.

Graham-DuBois is one of the most interesting people I’ve ever encountered. She was a composer, an biographer, a magazine founder, a mother, a wife, and worked in the Ghanaian government in the early years of independence. She knew Mao Zedong, was a comrade of Paul and Eslanda Robeson. Once you know Shirley Graham DuBois’ name, she appears everywhere from FBI files to newspaper articles, Maya Angelou’s biography, and so many other places. She’s one who truly lived life on her own times and consistently tried to bend the world into what she thought it should be.

I think we always need to hear from women like her.  [Pamela butting in here to say “Amen!”]

Are there special challenges to researching women of color, who in some ways have been doubly erased from history?

One of the interesting things about Graham DuBois is that she was actually well known in her lifetime. So, I am fortunate that there was substantial coverage of her during her lifetime through the Black press and the mainstream press. Further, Graham DuBois was a prolific writer. So while to our knowledge, she wasn’t a diarist, we have articles, books, correspondence, that help us understand her world and humanity.

Now, it is also true that the coverage of her is likely not the same as it would have been for a man. That, combined with her staunchly communist views, means that often I still get to Graham DuBois through the stories of others, namely her husband.  But thankfully, Gerald Horne, wrote a wonderful biography about her that paints the broad strokes of her life.

One of the questions I’m fascinated with right now is how biographers name their subjects, particularly when writing about a woman. Do you chose to use Shirley or DuBois (or something else) in your work and why?

I went through a few interactions of how to refer to her. In my head, I often call her “Aunt Shirley” because she feels so familiar to me. But in writing, I’ve settled on Graham DuBois. Graham is her maiden name and the name under which she did so much of her writing, but she was also proud of being W.E.B. Dubois’ wife, so referring to her as Graham DuBois feels like I’m honoring what was important to her. [Pamela again: What an elegant solution to an intractable problem! ]

*With a hat tip to writing friend Sunny Stalter-Pace,who introduced me to Fredara Hadley. That’s how the magic happens here. 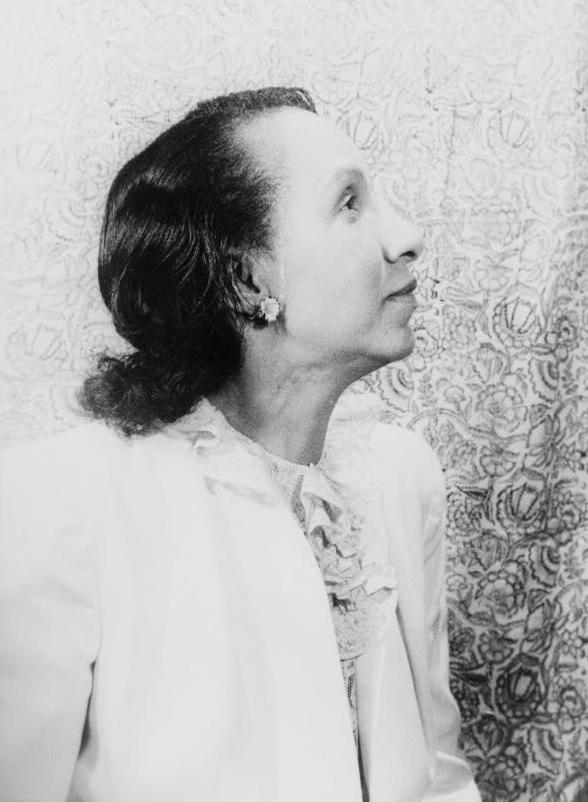 And here’s my question to you! What do you find most challenging or most exciting about researching historical women?

The most challenging thing about researching historical women is the eternal problem with sources. Even with a subject like Sigrid Schultz, where actual archival sources exist, there are always huge holes in the story—which sometimes seem to get bigger the closer you look. (Or at least that’s how it feels today.)

On the other hand, the most exciting thing is finding my way around one of those challenges.(Also how it feels today.Woot!)

Want to know more about about Fredara Hadley and her work?