This morning, while working through Sigrid Schultz’s articles from 1936, I stumbled on a creepy story. There are, of course plenty of creepy stories from Berlin in 1936, but this was creepy in a different way. 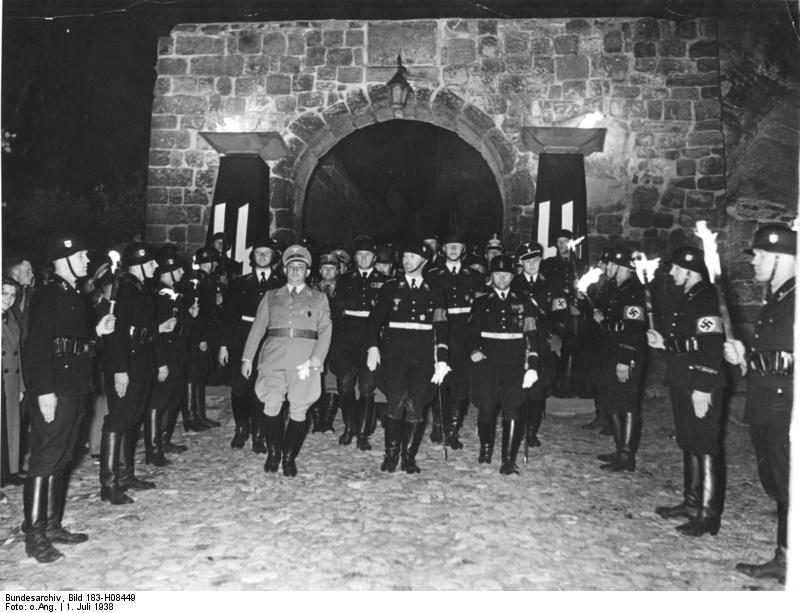 The article opened this way:

“A mystical ceremony in honor of the 1000th anniversary of the death of King Henry, founder of the Germany monarchy, was held today in the 1000 year old crypt of the Dom of Quedlinburg by the most militant fighters for the purely Nazi creed and Weltanschauung [world outlook].*

“They gloried Field Reichfuehrer Hitler as the reincarnation of King Henry who ‘united the Germans and refused to accept anointment by the Christian church.’ Their speeches sounded like so many appeals to the Fuehrer to assume the royal purple prepared for him by Henry.”

Schultz went on to describe thousands of Nazis gathered in the hall of the medieval abbey, which had been decorated to look like the “a royal hall of a German king”, where they received a history lesson about the reign of King Henry from Heinrich Himmler, the leader of the dreaded SS. According to Himmler, Henry pulled together the remnants of a Germanic empire that had been damaged by Christianity, created a disciplined army from what were formerly “rough youths”, and conquered neighboring countries. Not surprisingly, Himmler’s Henry sounded a lot like Hitler. **

The whole thing felt to me like a scene from an Indiana Jones movie. And it made me wonder about King Henry. ( For some reason, I didn’t trust Himmler as a historian. Go figure.) So off I went to see what I could find. 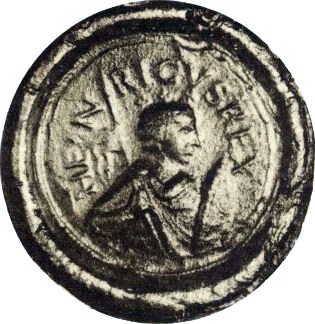 Charlemagne’s  empire had crumbled into political chaos after his death in 814 thanks in large part to the Frankish custom of dividing kingdoms between their sons. As a result, his descendents fought for control over smaller and smaller kingdoms. Heinrich, also known as Heinrich the Fowler,**** reversed the process, melding the warring duchies of Germany into an uneasy confederation.

Heinrich was still trying to bring order to political chaos when he faced a new enemy: the formidable Magyars of Hungary invaded and repeatedly laid waste to Saxony. In 926, He got lucky. His army captured a Magyar prince. With the prince as a bargaining chip, Heinrich was able to make a deal: he would return his captive and pay tribute to the Magyars for nine years, during which time the Magyars would not raid German lands.

I don’t know what the Magyars thought Heinrich would do with that nine-year respite, but he put the time to good use. He built fortified towns along the frontier. He revived an old Saxon tradition of a peasant militia—the agrarii milities. And he modernized the Saxon army, creating a formidable cavalry that he led against the Slavic tribes on his borders. At the end of the nine years,  Heinrich refused to pay additional tribute. When the Magyars resumed their raids, he routed them in a decisive victory on March 15, 933.

With the Magyar threat at an end, Heinrich continued to expand and consolidate his territory. Perhaps the most important political decision he made was adopting the then unusual principle of primogeniture.  As a result, his oldest son, Otto, inherited the entire kingdom, which became the foundation for the Holy Roman Empire.

*The gloss is from the newspaper article. I would have assumed that most modern Marginalia know the term. And if they don’t, it would be easier for them to look it up than it would have been for the typical Chicago Tribune reader in 1936.

**I must admit, I am curious about Schultz’s sources for the story. Was one of her secret sources from the Nazi party in the crowd? Or did Himmler invite the foreign press to attend? Issue a press release?

*** It also turned out that he had crossed my path before in Paul Collin’s The Birth of the West —a book jam-packed with historical figures I was unfamiliar with and did not subsequently remember. This is why I seldom weed my non-fiction shelves. I never know when I will need to remind myself of something.

****According to popular stories, he was mending his bird nets, or alternately setting bird traps, when he learned that he had been elected King of Franconia It is an appealing story, but Collins rightly wonders why he wasn’t at the conclave where he was elected.