I must admit that I fan-girled hard when Jason Porath agreed to be part of this interview series. I’ve followed his work since 2014, when my then agent called him to my attention. Porath’s Rejected Princesses, and its sequel, Tough Mothers, began in a discussion with his Dreamworks’ co-workers over what historical woman was least likely to be the heroine of a children’s animated movie.  He discovered that few of his co-workers had heard of historical figures like 17th century Angolan queen Nzinga, who successfully defended her country from the Portuguese, or World War II Soviet tank driver Mariya Oktyabrskaya.  (FYI—most of the links in this post are to biographies on the Rejected Princesses website. Because you need to see his work to understand his work.) He set out to change that. The resulting books are collections of carefully researched, smart-mouthed essays about women who exemplify the idea that well-behaved women seldom make history.  The essays are illustrated in a style that nods toward Disney princesses without sexualizing their subjects–except in the cases of women whose stories depend on their sexuality.

I am pleased to have him here for what turned out to be Ten Questions and An Answer. 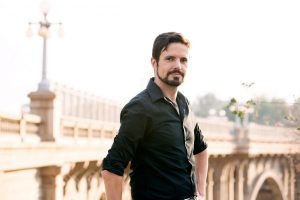 How would you describe your work?
Illustrated histories of women you’ve never heard of, in the style of animated musicals that will never get made.

If you could pick one woman from history to put in every high school history textbook, who would it be?
It would have to be a full, in-depth chapter, but Josephine Baker. Her life covers such a staggering variety of poorly-understood topics (racism, reconstruction, women’s role in WW2), and she’s such an interesting, flawed person, I think it’d alter a lot of people’s understanding of the world to have an in-depth look at her, warts and all — she’s a hard person to really love when you dive into her story’s details. It’s a hard question, though. Mary Harris Jones (aka “Mother Jones”) comes in a close second.

What’s your next project and when will we see it?
Unsure! I’ve been trying to pitch things around but so far nothing to announce.

Do you consider yourself a historian?
No. I do my best, and I try to remain humble about my own failings in the process. As a corollary: I don’t really consider myself to be an artist, either.

What do you find most challenging or most exciting about researching historical women?
Challenging: It’s very hard to adjust for bias in historical documents, and there’s no shortage of people online willing to tell you that you did it wrong. Exciting: You get to readjust your own perceptions, and it changes your worldview. We’ve all known women can do anything; it’s another thing to know they already have – and have the sources to prove it.

What was the most surprisingly thing you’ve found doing historical research for your work?
How simplified the images of all historical women are, no matter who’s doing the telling. There’s no shortage of effusive portraits of Ada Lovelace — and rightly so, she was a towering intellect a century ahead of her time — but many do not mention she was an opiate addict who went full mad scientist. Helen Keller was a firebrand socialist as an adult. Amelia Earhart had an open marriage. I don’t think details like these should be excised. Otherwise it puts people on a pedestal, makes them cold and inhuman and untouchable.

Your work is a wonderful combination of art and story.  How do you weave the two forms together?
It’s a mix of writing poetry and writing music — knowing what notes to hit for what impact, and whether to convey that through evocative images, simple prose, or whatnot. Just knowing what tool is best for the job at any given point, really.

Your work started from the idea of women who were too bad-ass to be animated movie princesses.  At the same time, your work is a smart-mouthed relative of the  books designed to show girls role-models.  How do you walk the line between shin-kicking and kid-friendly?
I refuse to talk down to children. I’ve never watered down anything I’ve written to make it all-ages friendly. I give content warnings, so people know what they’re about to encounter, but I leave it to the individual to determine what’s kid-friendly, because it’s different for each kid — and honestly, as a random dude with no kids, I shouldn’t really be making that determination for you anyway. I just write the books I wish I’d had as a kid.

You’ve written about a lot of amazing women.  Do you have a favorite?
It’s hard to beat Julie d’Aubigny for sheer fun, but for complexity and bravery, it’d have to be Noor Inayat Khan. 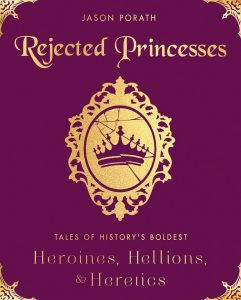 When it came time to ask me a question in return, Porath didn’t make it easy:

How do we get more men involved in social justice?

If I could actually answer this one I’d move on to solving world peace, or maybe how to keep curly hair from expanding in humidity. With that caveat, I’ll at least share what I think.

I assume Porath meant white, heterosexual men because most of the men of color and gay men that I know are already involved in social justice issues. That distinction lies at the heart of how we get people involved. People—male, female, and all points in between—tend to get involved in social justice issues when it feels personal. Not necessarily because they have suffered the injustice themselves, but because they have seen someone else suffer it in a way that smacks them in the heart, or the gut, or, in rare cases, the brain.

How do we trigger that empathy? That’s the real question. 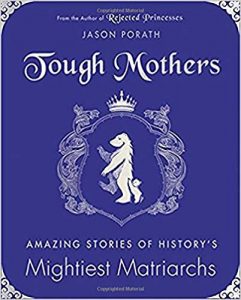 Want to know more about Jason Porath and his work?

Come back tomorrow for another Telling Women’s History Interview.  I’ve got an entire month of some of my favorite history people talking about the work they do and how they do it.  Next up: Paige Bower, author of The General’s Niece.