A post in praise of nurses during National Nurses Week, which runs from May 6 through May 12 * here in the United States, has become a tradition here on the Margins.

Like many of the best traditions, it happened almost without my noticing it. In the months after Heroines of Mercy Street was published, in 2016, I found myself talking to nurses–and their friends, mothers, daughters, granddaughters and nieces. (And occasionally their fathers, sons, grandsons and nephews.) The experience confirmed my long-held opinion that nurses rock. When National Nurse Week appeared on my radar, I knew I needed to celebrate.

After the year we’ve been through, I think it’s even more important to recognize nurses for the important, sometimes dangerous work they do. In honor of the nurses I know, and the nurses I don’t, here are links to a series of posts from 2016 about Clara Barton, the first nurse to catch my imagination: 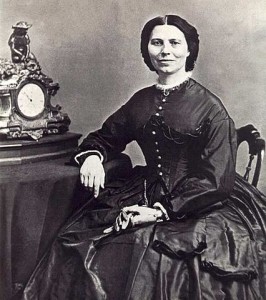 Clara Barton: Nursing Outside the Box

If you run into a nurse this week, say thank you for a hard job done well. 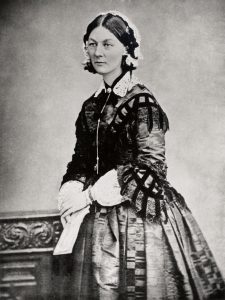 And speaking of birthdays:  History in the Margins turns ten next week.  I’m putting together a list of ten of the posts that people have enjoyed the most.  Back in March, I asked you to share any posts that you particularly remember for inclusion on this list.  I still have a couple of spots left.  If there is a post you’d like to nominate, let me know by Sunday, May 9, at 5:00 pm, Central time.