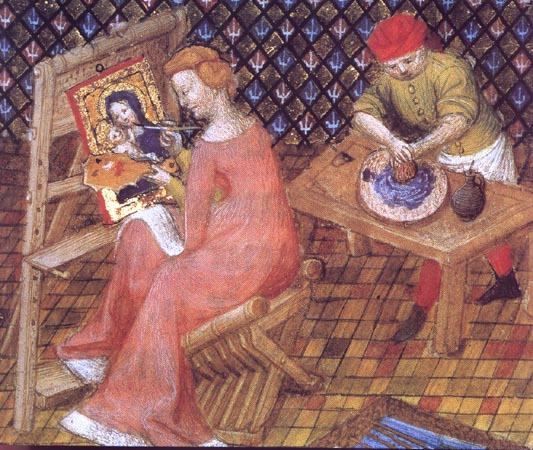 As I mentioned in my last blog post, Mary Wellesley’s The Gilded Page includes a recurring theme of women who were involved in the creation and use of medieval manuscripts, and why we know about them.

One of my favorite examples: the teeth of a middle-aged woman buried in a church-monastery complex in Germany show traces of ultramarine pigment, a very expensive paint used to color the robes of the Virgin Mary in manuscripts. She probably got the pigment on her teeth when she sucked her paintbrush to give it a fine point to allow her to work with more precision. Sometimes you have to look closely to find women who are otherwise forgotten.

Examples like this are fascinating, and resulted in lots of exclamation points and notes in the margins of my copy.  But it was a different reference that sent me running down a research rabbit hole. Wellesly mentions a fifteenth century manuscript in the Bibliothèque national in France depicting a woman named Tamaris,* a painter who lived in the fifth century BCE. According to Giovanni Boccaccio,** says she was the daughter of a painter, Micon the Younger, who “scorned womanly tasks and practiced her father’s craft with remarkable talent” and was an acclaimed artist during her lifetime.

Wellesly was interested in the man grinding material to make paints on the table next to Tamaris. But it was the phrase “and practiced her father’s craft” that caught my attention. One of the recurring themes that I found in the stories of women warriors is that many of the women were encouraged by their fathers “to scorn womanly tasks” in favor of the arts of war. Evidently the same rubric can be applied to women in other fields.

*Alternatively Thamyris, Thamar and Timarete. Because why make it easy.

**In his work On Famous Women !!!! Why did I not know that this existed? 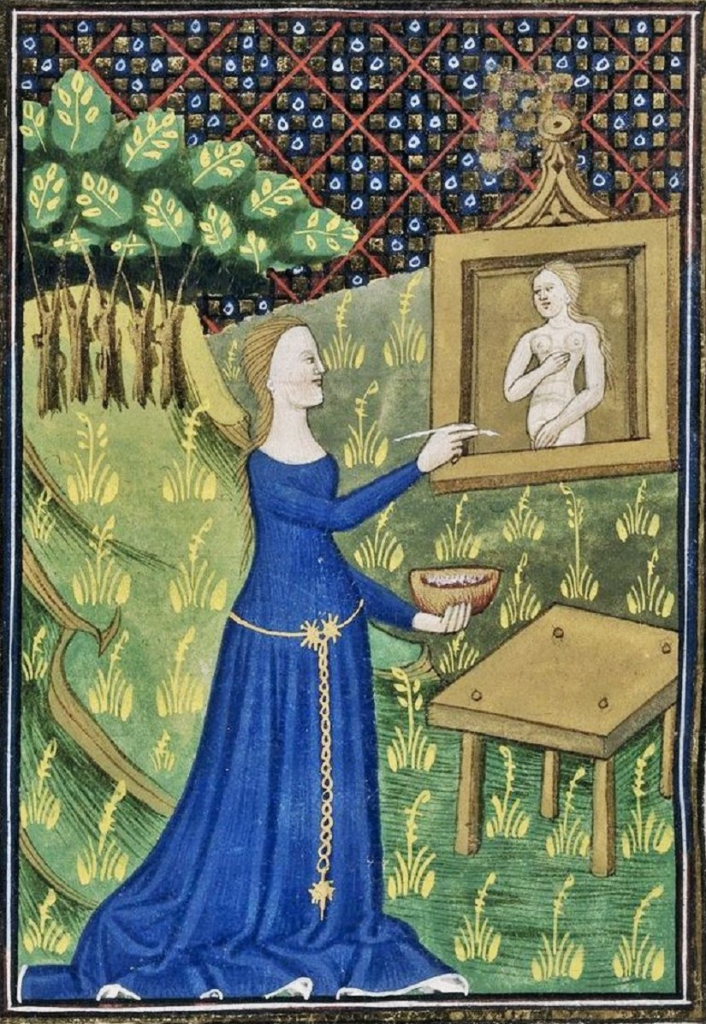