Theresa, who earned her PhD in history from the University of Illinois at Urbana-Champaign, specializes in writing about scrappy women in American history. She is the author, most recently, of Dr. Mary Walker’s Civil War: One Woman’s Journey to the Medal of Honor and the Fight for Women’s Rights. Theresa also wrote a trilogy of nonfiction history books on American women in the Philippine Islands during World War II. Her biography of Dale Evans, Queen of the West: The Life and Times of Dale Evans, is due out from Lyons Press in April 2022.* After more than twenty-five years as a university history professor, Theresa is now retired from teaching (but not from writing), and lives with her husband in central Wisconsin at a place known affectionately as Southfork.

Take it away, Theresa! 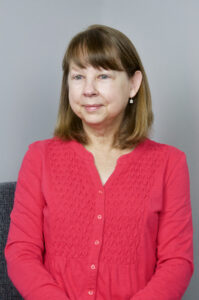 Writing about historical figures like Dale Evans requires living with them over a period of years.  What was it like to have Evans as your constant companion? (Not to mention Roy Rogers.)

I’ve been living with this project for over ten years, and I really liked having Dale Evans as a constant companion. (Roy, although personable and charming, wasn’t so constant. See #3 below.) There were so many facets to her public and private lives that it was never dull. Still, ten years is a long time for a nonfiction project.

I began the book when I was still working fulltime as a professor of history, so my day job always came first. Still, I completed most of the research, both with secondary sources on Hollywood, television, radio, big bands, and twentieth century American women’s history, and with the primary sources I could track down, mostly the autobiographical books Dale Evans wrote.

Two unanticipated delays stretched out the project. One was the brand-new, biggest, and first of its kind, Roy Rogers and Dale Evans collection, acquired by the Autry Museum of the American West in Los Angeles. I wasn’t comfortable about turning in a manuscript to any press until I’d researched that collection. But the problem was that the museum’s archives was closed (and remains so) to researchers because of a move to a new facility. The only way to access the collection was through an archives research fellowship, which I received in 2019. I’m so glad I stuck to my conviction to wait because the contents of that collection helped shape my vision of Dale Evans.

The other delay: I got a literary agent. And she wanted me to write a book (which would be my third) about American women in the Philippine Islands during World War II. So I set aside Dale Evans for a few years to write what became Angels of the Underground.

I always knew I would return to Dale Evans and, after yet another book, Dr. Mary Walker’s Civil War, I did. Dale’s personality and her accomplishments proved too much to ignore. And it was mostly because of her friendly, outgoing personality that I decided to refer to her by her first name in the biography. What to call their subject is something every biographer wrestles with, but for a variety of reasons, it’s more complicated with a woman. Sometimes that’s because of birth names and married names, which was something I had to consider. But with Dale Evans, an already complicated situation became more so because she opted to use a stage name.

Dale Evans was the name she chose for her singing career. She was born Frances Octavia Smith, and as both Frances and Dale, she had husbands. So how to refer to her throughout the book? I settled on most often using her first name, Frances in the first couple of chapters, before she took a new name. After that stage name was adopted, she became Dale. The two things that most influenced these choices were my perception of Dale Evans’s personality and the mood I wanted to convey with the biography. I think it worked.

Your previous books have dealt with women doing extraordinary things in times of war.  With Dale Evans you’ve moved to popular culture.  Did you approach your subject differently?

My research and writing methods don’t change much project to project. I felt a bit of initial relief that I wouldn’t have to deal with the trauma and drama of war this time around. While I was mapping out the Dale Evans project, I kept hearing “Down by the Riverside” play through my head, especially the line, “I ain’t gonna study war no more.”

There is a lot of joy in Dale’s story, and a lot of excitement with breaking into show business and becoming a star. It was fun to get immersed in twentieth-century popular culture. I loved reading up on early radio and television, nightclub and big band singers, and, of course, Hollywood. Plus there was all that great Western fashion. I really envied Dale’s boots.

But I also wrote about events in Dale’s life that were traumatic, and I don’t mean just the professional setbacks. She dealt with so much sorrow in her private life.

Are there special challenges in writing about a woman whose biography closely tied to that of a famous man? Do you feel like Roy Rogers overshadowed Dale Evans?

While they were married, I think he often did. Roy Rogers was massively popular in the 1940s and 1950s, both with children and adults. Thousands, sometimes tens of thousands, of people showed up at his personal appearances. Dale Evans had a solid fan base, too, but few performers could compete with Roy in the popularity department.

So one of my biggest challenges as Dale’s biographer was to not let Roy’s story take over hers. I read a few dual biographies of Roy and Dale that seemed lopsided, like Dale was just along for the ride (pardon the pun) and that her only importance–even her fame–came from her marriage to Roy. My book shows how Dale Evans made a name for herself as a singer and actor well before she met Roy, though of course their professional and personal partnership significantly enhanced her celebrity.

Some Roy Rogers fans may think I went too far in Queen of the West, turning him into a supporting character. But I think the story has just enough Roy. I must admit, Roy was a fascinating person, and I sometimes got caught up in reading too many accounts of his activities. But it was really time for Dale to have her story told.

* My copy arrived on March 25, so it may be in stores by the time you read this. 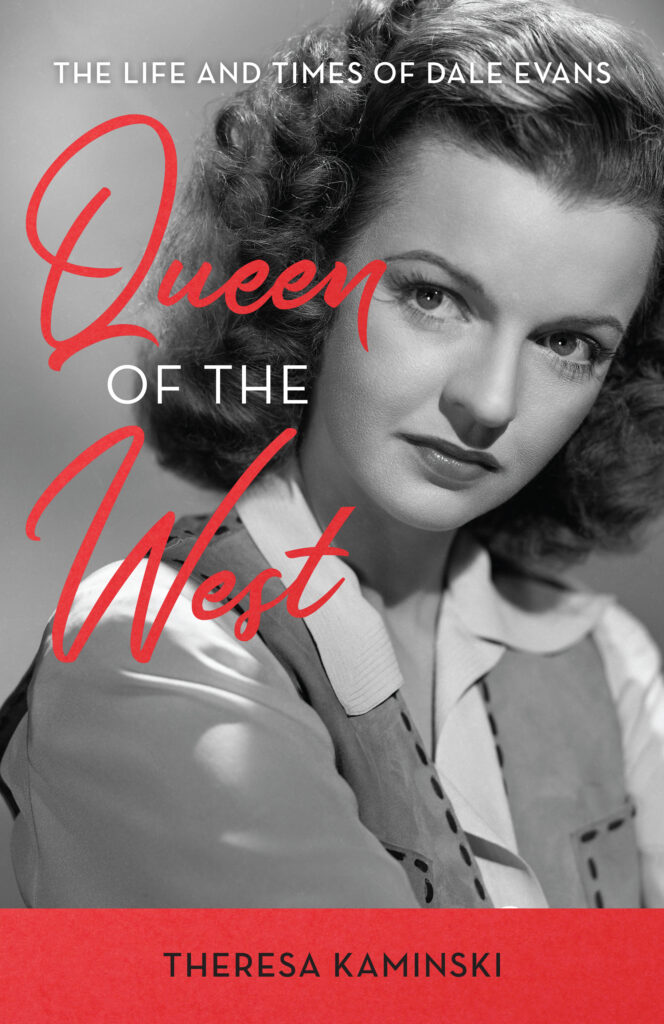 Question for Pamela: When I read nonfiction, it’s almost always women’s history. I know that’s an interest of yours, too, so what work of women’s history have you read (or perhaps watched or listened to) lately that you loved?

I’m going to circle back to the place we began this series of interviews on March 1: Shelley Puhak’s The Dark Queens: The Bloody Rivalry that Forged the Medieval World  blew me away, from the opening when she tells the reader how she came to the story through the epilogue, where she explores why the story was—not exactly lost but definitely under-told and misrepresented. (The epilogue’s title, “Backlash,” says it all.) An exciting story, with lots of twists, based on impeccable research, told with beautiful language and a certain amount of attitude. In other words, just my cup of lapsang souchang.

Want to know more about Theresa Kaminksi and her work?

Come back tomorrow for one last Women’s History Month post.